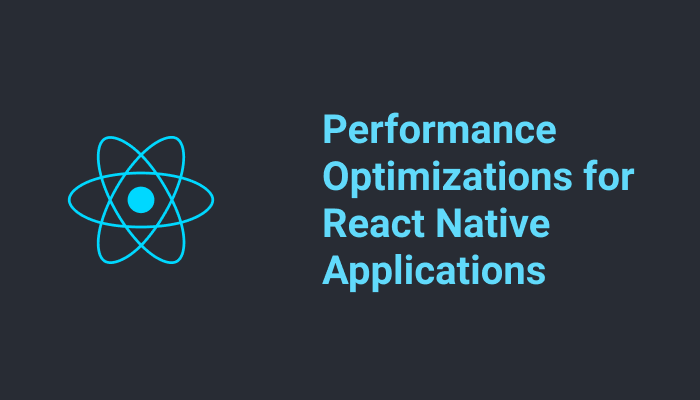 React native has grown to be one of the most popular frameworks for building cross-platform mobile applications. React native allows us to share about 90% of our codebase between multiple platforms while maintaining a native feel and aesthetics. It is also good in terms of performance but sometimes you might run in some performance bottlenecks that need troubleshooting and fixing. So in this article, we will be talking about some performance issues on react native and suggested solutions.

In other, for us to understand how some performance issues come up we have to understand a bit about how react-native works under the hood.

There are three main parts that form the react-native internals:

The number of calls/instructions that need to cross the bridge are not definite and can vary based on the application and user interaction, and it can take time to serialize all those individual JSONs before they are passed to the other thread. If another call comes in while the bridge is still processing data it will have to be blocked until the current data is processed which might lead to dropped frames and janky animations(which can give a sense of poor performance). This makes it important for us to limit what is being sent over the Bridge to keep communication fast between the two realms.

Now that we have discussed the basic architecture of react native apps and how we can easily run into performance issues lets discuss some other issues that might indicate a performance problem.

Performance Bottleneck Indicators and How to fix them

These are some indicators of poor performance in a react native application. How do we fix them? we address each of these bottlenecks and exploring different ways we can fix these issues.

Janky frames or slow animations make the application feel slow and buggy. React native promises that is offers 60 fps, which means it tries to show 60 frames of a picture per second so make it seem as real as possible. What this means is that the Main thread and the javascript thread have about 16.67ms to generate the frame that user sees in that time period. If this is cannot happen in 16.67ms then a frame is dropped and the user interface can appear unresponsive or janky.

This mostly happens on the javascript thread, Inefficient/useless state updates that can lead to unnecessary repainting of the screen which in turn overuse the already limited resources in the bridge. React native triggers a render/re-render when a component parent is re-rendered or the props/state change so it is necessary to structure it in a way that minimizes renders.

This is  the amount of time it takes the application to load, this is a performance metric also because there is a chance users might drop your app if it appears unresponsive on startup.

I think it is also important to avoid premature optimization by measuring before you start optimizing for performance. So below I will discuss some tools in react native we can use for benchmarking RN apps.

It is easy to fall into the trap of premature optimization so the best tips I have gotten when trying to optimization any application is to Measure, Fix, and then Measure again.

State machines are one of the oldest concepts in computer science but also one of the most useful. When combined together with React, they can ...

The most awaited and considerably the lengthiest chapter is here. In this chapter, we will learn how to add the in-app purchase service in React ...

Thanks for the information will try all the steps
here is a typing mistake “nom package” near :Why did you render: