Blog / Beginners / 5 Website Security Threats and How to Counter Them 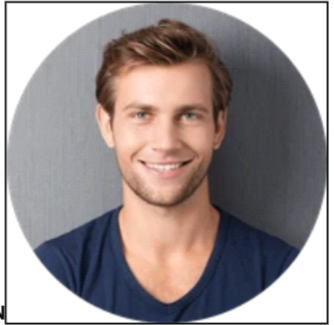 According to a study by the Ponemon Institute, the average cost of a data breach was globally pegged at $3.92 million. This cost was a 1.5% rise from the previous year’s study. The average cost of a breach in the U.S.A is $.8.19 million, the most expensive and two times higher than the world’s average.

Most people tend to assume that only large organizations are targets. Any data is valuable to a hacker, so no matter how small you think you are, protect your data. Securing your website and ensuring your website users are safe should be your top priority. Here are several website threats that you should be aware of before you set out to secure your website.

Cross-site scripting is also known as XSS, and it is a type of vulnerability in web security. XXS allows a hacker to inject malicious code into a trusted website. The hacker sends malicious code, usually disguised as a browser side script to an unsuspecting end user. These attacks are prevalent where a web application includes the user’s input without encoding or validation. The user’s browser will usually have no way of knowing that the script is malicious and proceeds to execute it. The browser is also under the illusion the script is genuine, so the malicious script gains access to sensitive data. This malicious code can rewrite the HTML page content.

Structured query language (SQL) is a language that accesses and manipulates a database so that it can build a customized data view for every user. SQL executes commands such as record deleting and data retrieval.

An SQL injection is a type of attack that allows an attacker to intercept queries made to an application’s database. The attacker can view sensitive data not meant for everyone to see, including other users’ data such as credit card information or passwords.

In most cases, an attacker can modify or even delete the data, such as company client lists. These actions of editing or deleting data can cause persistent change to the application’s behavior or content. An attacker can also inject SQL into a back-end server or perform a DDoS (Denial of Service Attack).

Cross-site forgery (CSRF) is a form of attack that forces the user to execute actions on a web application. CSRF attacks send requests, which appear legitimate but are malicious. Using social engineering such as a link via chat or email, hackers can trick the user into executing any action they want. A successful CSRF attack can trick a user into performing requests such as funds transfer or email address change. If the user is an administrator account, the attacker can quickly take over the website.

Denial of service or DoS is an attack where hackers prevent users from gaining access to assistance. The attacker typically sends messages to a server, asking it to authenticate requests with no valid return address. This, in turn, overwhelms the server, which when not able to find the return address, is forced to wait, then closes the connection. The attacker keeps on sending such messages, and the process repeats, keeping the server busy and denying the legitimate website users service from the application.

Clickjacking is also called a user interface attack. The attack involves the attackers hiding malware in a legitimate website control. This consists of the injection of malicious code into the site source code. A clickjacking may trick a user into changing status on Instagram or Facebook, or transfer funds.

Protecting Yourself from Attacks

How to Protect Yourself?

Protecting yourself from web application attacks is very crucial in data protection. You can improve security by doing several things:

HTTPS means Hypertext Transfer Protocol Secure. Its work is the provision of secure authentication of your website and server. It acts as a block to phishing, man-in-the-middle attacks or DNS manipulation, which proves to the user your site is legit.

HTTPS depends on encryption that utilizes private and public cryptographic keys to hide all data shared between the users’ device and your website. HTTP ensures all information received by the user’s device and the site is not altered.

There has been a comparison of HTTPS vs. VPN in terms of security. The website owner sets the HTTPS, with the end-user having no control. HTTPS authenticates the website and its server, which protect against any attacks. It encrypts communications between the user and the server, ensuring third parties cannot intercept communication between website and user.

A VPN is typically set up by the end-user. It provides a secure tunnel between their devices and the internet and allows the user to browse anonymously. HTTPS and VPN are both critical in their own right and work well together. HTTPS encrypts data but does not provide privacy or bypass censorship like a VPN. HTTPS works well for encryption, while HTTPS is excellent for privacy.

Web application firewall, also known as WAF helps to guard a web application against malicious traffic. WAF places a filter between the server and the hacker. WAF protects against attacks such as SQL injection, cross-site forgery and cross-site scripting.

The use of DDoS or distributed-denial-of-service is a standard method of web application attack. DDoS mitigation is the process of protecting a server from a DDoS attack by using specialized software and hardware.

Hardening web application is a process of making an application challenging to tamper with or reverse engineer. Used together with secure coding, web application hardening protects your applications IP. It prevents the IP from being misused or repackaged.

The key parts of session management include:

Sessions are managed by:

Web application security threats are a reality we have to live with. Securing your data and that of your users should be your top priority. Hackers are getting more sophisticated in their hacking styles. Knowing their methods of attack makes it easier to be able to mitigate the attack attempts.

Author’s Bio: Brad Smith is a technology expert at TurnOnVPN, a non-profit promoting a safe, secure, and censor-free internet. He writes about his dream for free internet and unravels the horror behind big techs. #TurnOnVPN is a non-profit organization focusing on a free and unimpeded internet for all. We take part in numerous online events, aimed at promoting a safe, secure, and censor-free Internet. Learn more at www.turnonvpn.org/blog/.

How to customize exceptions in python

In this tutorial we will look at the purpose of exception, types of exceptions, why it is important to include exceptions in your python programs and ...

Getting Started with React Native in 2020

This post is going to be about giving you a quick start if you are interested in learning and developing mobile apps using React Native. Few fair ...

Think Like a Pythonista — Building a Book Sharing App

Python with the boom of machine learning has been the goto language for most companies and newbies. The best way to learn Python is not to learn it's ...